Considered one of the wonders of the Pacific and once an ancient ruling empire complex of the entire Micronesian region, a similar version of this ruin were replicated later in Pohnpei (Nan Madol) and other islands in the Pacific. Huge basaltic slabs arranged in order, making 20-ft walls that encompassed a capital city of Kosrae in the ancient times. In fact, if the fabled stories of Lois Becke – Trader, Journalist, Writer and the famed 19 year-old Super Cargo for the legendary pirate, Bully Hayes – are to be believed, the Lelu Ruins were an active ruling metropolis through the latter part of the 19th Century. The genesis of these ruins of large basaltic walls, channels, streets, tombs, and living quarters dates back to the 13th century. 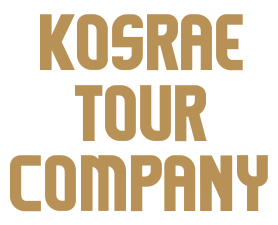